A Circular Economy Card for the Waste Shipment Regulation

DIGITALEUROPE has anticipated the upcoming revision of the Waste Shipment Regulation (WSR) with interest1. DIGITALEUROPE believes that the WSR is the last centrepiece of EU waste legislation that has not been aligned with the new circular economy ambitions.

As demonstrated in earlier publications2, DIGITALEUROPE member companies are actively shaping the circular economy through their repair, reuse and refurbishment practices. Many member companies additionally have internal or publicly announced ambitions to close the loop on priority materials and increase recycled content in products. The regulatory framework can support the success and scalability of all of these practices.

The EU has been successful in creating a Single Market for Goods and Services. Consequently, primary materials and products can flow easily and without controls across intra-EU borders. However, the Single Market for the Circular Economy is unfinished3. Used products for repair, reuse or refurbishment can only be shipped with additional proof that they are not waste. Further, secondary raw materials are treated as waste and hence need to be assessed for their hazard characteristics. If hazardous, they can only be shipped with prior consent of all affected import, export and transit countries. This puts secondary raw materials at a disadvantage in terms of ease of being integrated into a supply chain.

The free movement of primary, but not secondary raw materials, was very justified when the traditional method of waste treatment was disposal. Today, the Circular Economy promotes the principle that waste is a resource. It should be re-introduced into the economy to prevent the environmental damage of mining and the release of embedded carbon.4 The WSR does not yet reflect the new ambitions on waste treatment, which provides a major opportunity to support the uptake of Circular Economy.

The EU has developed a comprehensive acquis of waste legislation, which spans from the Waste Framework Directive to special regimes for wastes of particular importance to the community’s environmental ambitions. WEEE, packaging, batteries and end-of-life vehicles have dedicated waste legislations imposing Extended Producer Responsibilities (EPR) for manufacturers and collection and recycling targets for Member States.

DIGITALEUROPE suggests creating a new fast-track procedure in the WSR for wastes destined for a re-introduction into the Circular Economy. Such a fast-track procedure takes inspiration from WSR Art 145 and could be subject to the following restrictions to ensure environmentally sound management and avoiding the creation of a loophole with unintended negative consequences:

DIGITALEUROPE suggests, under the above conditions, the creation of a pre- approved Circular Economy Card procedure, either under a new Art. 14 or Art. 3(2). The new procedure would replace Art. 4 Notification or Art. 18 General Information requirements with a new distinct set of controls for wastes shipped within the EU with the aim of being re-introduced into the economy after recovery operations. This new set of controls could encompass the following safeguards:

Establishment of either an EU Shipment Platform or a EU-wide interoperability and digitalisation of national systems (such as EVOA) in accordance with Art. 26(4) and 59(f) to create a repository of Circular Economy Card shipments. Circular Economy Card would be recorded, receive unique serial identification codes and could provide access to the information to Member States’ national competent authorities for inspection, enforcement and statistical purposes such as waste collection reporting and EPR flows between Member States.

Enforcement authorities currently spend significant time approving notifications that are literally unchanged from the previous year. In some countries this can represent up to 70% of the approval work. Additionally, notifications in a majority of cases are expected to be for movements within Europe.6 Given that we should have a Single Market for Resources to facilitate the shift towards a Circular Economy, it seems that this is a waste of enforcement time and resources. It would be better for the environment if more enforcement officials could be deployed in the field rather than dealing with repeat notifications. These officials would have more time to inspect shipments leaving the European Union to crack down on illegal waste exports, rather than focusing on shipments between EU Member States. The Circular Economy Card proposal would likely have this consequence.

Additionally, DIGITALEUROPE would like to invite the European Commission to consider the following changes to streamline Circular Economy into the WSR

Art 3(4) currently foresees a 25kg exemption for laboratory assessments to determine suitability for recycling processes. This may be a very helpful exemption to determine whether a certain existing recycling facility can treat a specific waste consignment. However, it is not sufficient to enable shipments to test whether a new, emerging recycling technology can treat a specific waste stream. DIGITALEUROPE suggests to additionally allow for small-scale proof-of- concept shipments for recycling technology innovation under Art 3(4).

DIGITALEUROPE suggests a small but powerful change: include an exemption for 1-2 tons for waste shipments with the intent of R&D for better recycling yields.

Harmonization of Waste Codes through Art. 58

Art 58 gives the European Commission the authority to amend the annexes, including the waste classifications, by delegated acts. To our knowledge, this has not happened often. At the same time, Art 28, 50, 53 give Member States the authority to interpret and enforce the WSR, which leads to inconsistent waste classifications throughout the EU. For instance, The Netherlands in practice often consider WEEE as hazardous due to a national guideline on mixed shipments – but other Member States do not take the same interpretation on mixed shipments. Lithium-ion batteries – which currently do not have an entry in the WSR Annexes, on the other hand, are considered non-hazardous in Belgium but hazardous in certain parts of Germany. Classification decisions for unlisted waste find no application beyond the respective authority and no European body is tasked with resolving interpretation differences.

Such a lack of harmonization subjects companies to considerable legal uncertainty and makes navigating WSR unnecessarily complex – also because some Member States may be tempted to use waste classifications as a way to attract waste flows to recycling business within their borders or deter shipments to recycling away from national recycling facilities. Recycling facilities can best operate at scale and with a profit if they are specialized and have stable supply. The WSR allows Member States to close of their waste markets, protect local recyclers against EU-wide competition and makes ensuring a stable supply for recyclers from outside the Member State an issue.

DIGITALEUROPE suggests creating a mechanism under Art. 58 that systematically detects inconsistencies in waste or hazard classifications across Member States and (bi-)annually updates the Annexes through delegated acts.

EPR waste legislation is built to encourage the take-back and collection of wastes from customers, which is sometimes considered hazardous. At the same time, the WSR only provides a de minimis exception of 20kg for non-hazardous waste (Art 3(2)), but not for wastes considered to be hazardous. Competent authorities take differing views on whether that means that a collection program which ships single units from customers to a hub across a European border should be considered in scope or not of the WSR.

DIGITALEUROPE suggests exempting customer mail-in waste collection within the EU through Art. 3(2) for EPR waste, irrespective of its hazard classification.

Promoting Repair and Refurbishment through WEEE and WSR regulatory alignment

The flows of the innermost loops of the Circular Economy are crucial to extend the life of products in use and to prevent the creation of premature waste. The EU hierarchy for waste management (Art 4 WFD) prefers reuse, repair, refurbishment over recycling. However, the interplay between the WSR and the WEEE Directive as examined and further interpreted by the Basel Convention is less than clear. In practice, shipments of used units to repair/refurbishment/remanufacturing hubs must be proven to not be waste shipments, with some scenarios facing potential legal uncertainty.

The WSR Art. 1(3) could clarify that shipments dealt with in ANNEX VI of Directive 2012/19/EU shall be excluded from the scope of the WSR, as such shipments are already covered by other Community legislation. 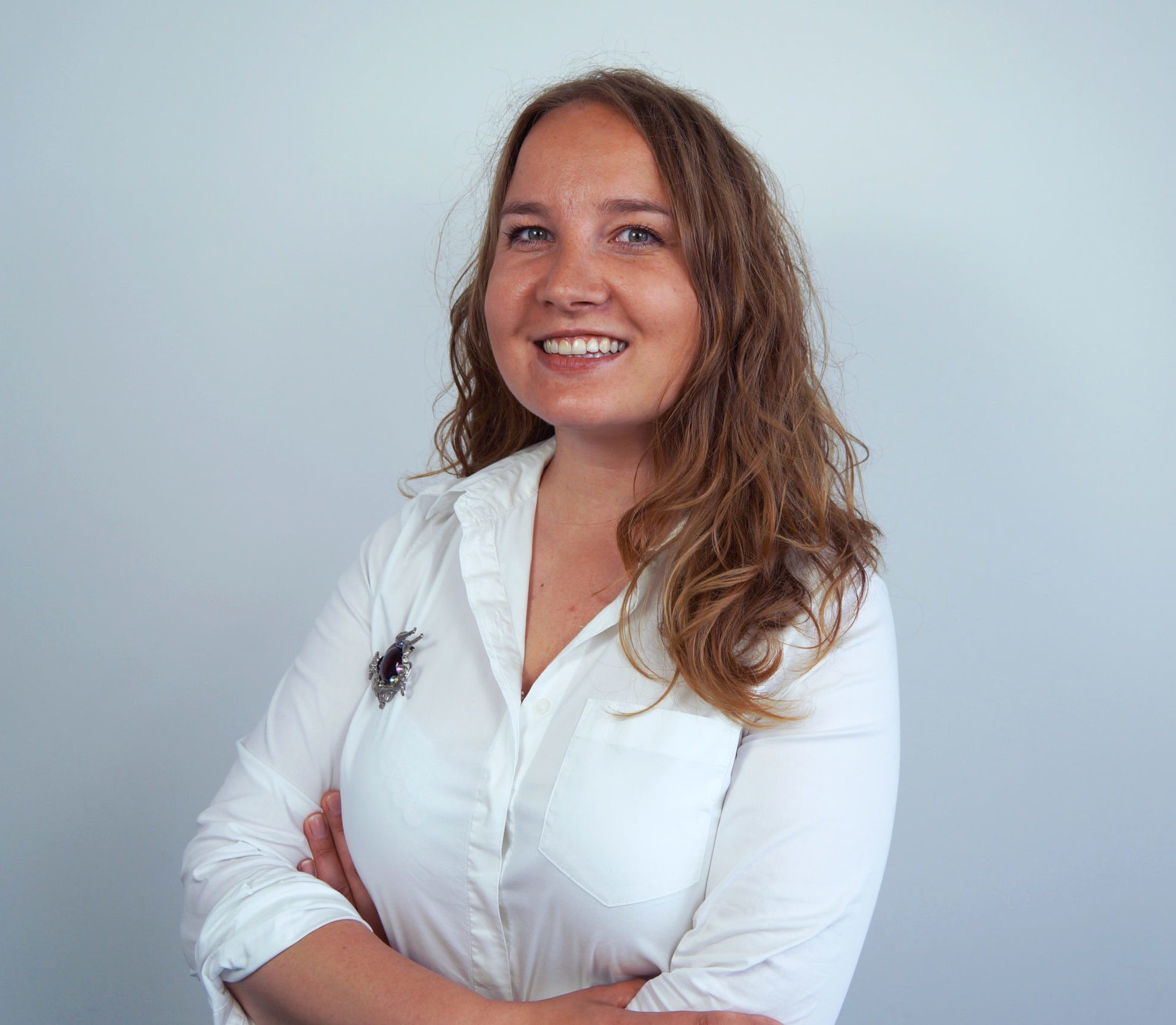 Milda Basiulyte
Director for Digital Commerce, Sustainability & Policy Coordination (on maternity leave)
milda.basiulyte@digitaleurope.org +32 493 89 20 59
Back to Sustainability
Share on
View the complete
PDF
Our resources on Sustainability
01 Jul 2022 Policy Paper
DIGITALEUROPE views on Corporate Sustainability Due Diligence (CS3D)
Read more
PDF
01 Jul 2022 Policy Paper
DIGITALEUROPE views on the Ecodesign for Sustainable Products Regulation proposal (ESPR)
Read more
PDF
01 Jul 2022 Policy Paper
DIGITALEUROPE’s response to the Call for evidence on effectively banning products produced, extracted or harvested with forced labour
Read more
PDF
View all resources
Hit enter to search or ESC to close
This website uses cookies
We use cookies and similar techonologies to adjust your preferences, analyze traffic and measure the effectiveness of campaigns. You consent to the use of our cookies by continuing to browse this website.
Decline