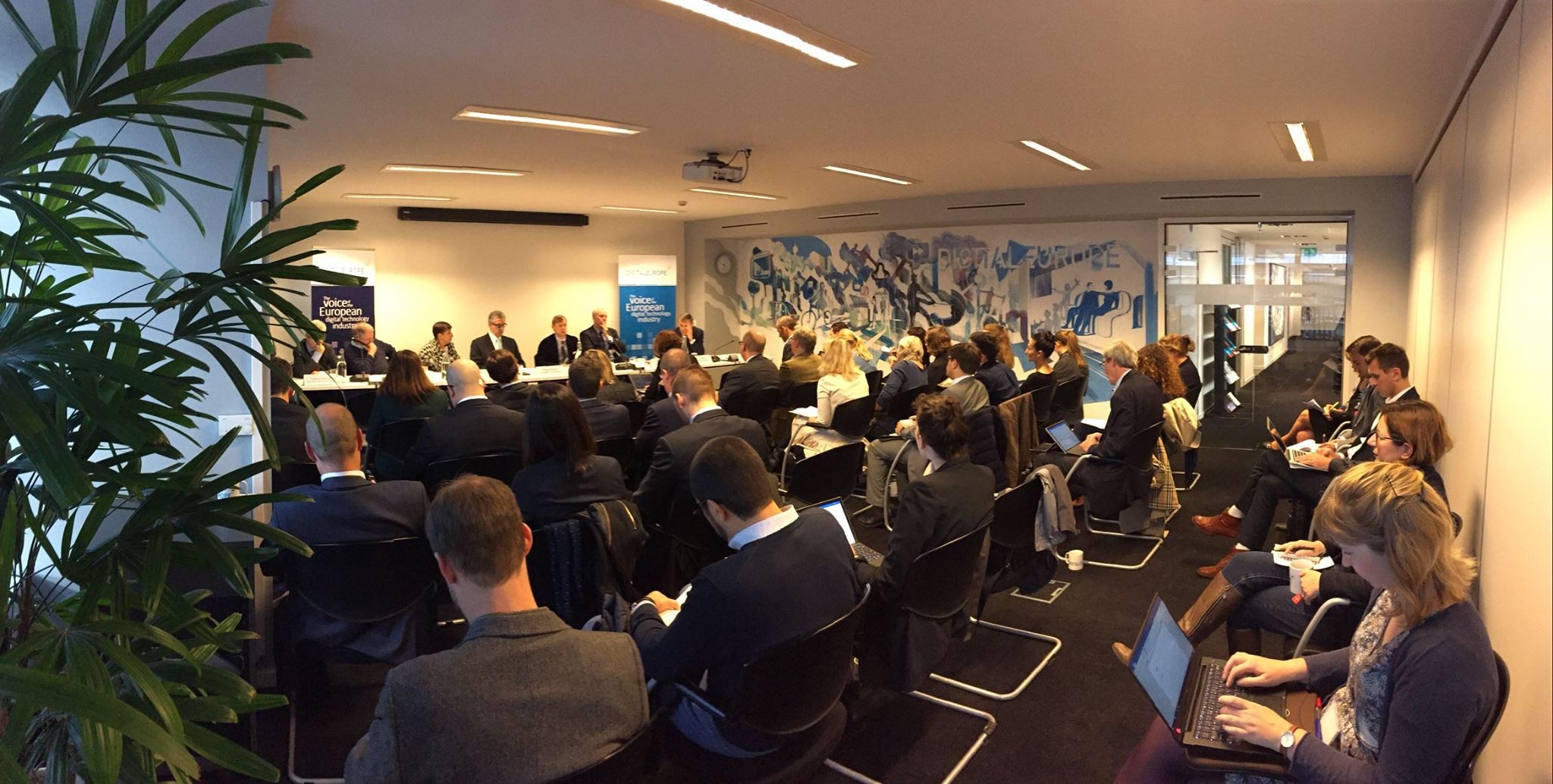 Blockchain looks like the latest tech-driven craze. Now painted as a basic tool, a ledger of distributed blocks that allows fool-proof, everlasting traceability of transactions – thus as a stepping stone towards improved trust online, now as a quantum leap into frictionless, intermediary-free exchanges that pave the way for the ‘next internet’, this leading-edge innovation has grabbed the headlines.

Blockchain looks like the latest tech-driven craze. Now painted as a basic tool, a ledger of distributed blocks that allows fool-proof, everlasting traceability of transactions – thus as a stepping stone towards improved trust online, now as a quantum leap into frictionless, intermediary-free exchanges that pave the way for the ‘next internet’, this leading-edge innovation has grabbed the headlines. The Distributed Ledger Technology (DLT) behind it applies well beyond virtual currencies or banking on to a variety of sectors, especially those where authentication, reliability, ownership and standardization matter the most: smart contracts, intellectual property transfers, supply chain management and a number of government services. In a sure sign of widespread, serious interest, investment in DLT is soaring and certain applications could rapidly become systemic.

Getting our head around this new animal first

At first sight this animal looks like a maverick on steroids, a one-of-a-kind breed packed with contradictions. Indeed it combines immutability, the ultimate shield against tinkering, with convenient, 24/7 flexibility; unparalleled security resulting from distributed, fool-proof book-keeping with nagging problems of instability originating in excessive ‘malleability’ or downright fraud (Mt Gox collapse, for instance); tamper-proof traceability with anonymity that secures built-in privacy, aka privacy by design.

Critics argue though that the chink in the Blockchain armour lies with the same lack of third-party supervision as in cash transactions. Anyway, it is fair to say that Blockchain has yet to provide unquestionable evidence of its reliability. In investors’ eyes, it is still missing the ‘killer app’ that will get it airborne although it came close to it in the banking sector with Bitcoin.
Inevitably, the resulting uncertainty reads as an invitation to experiment.

Take the ‘Code is law’ conundrum. If ‘Code is Law’ then exceptions are no longer possible. This is when the dream of the ultimate enabler of trust turns into the nightmare of a pile-up of roadblocks. For instance, you have second thoughts after signing a smart contract, or conditions have changed and you want to tweak your obligations: there is positively no way to bend the system you co-created. Or worse, one of the designers of the software underpinning the contract uses a loophole to breach the contract by creating a ‘fork’: should you fancy taking the transgressor to court, you might end up being charged with tinkering with the system that results from the breach.

Though full security is just an illusion, the consensus is that technology and regulation are both sides of the same trust coin. It follows that public institutions have a role to play lest the competitiveness of some economies might be affected: it seems very unlikely that Blockchain will take off without regulators stepping in, if only because its stealth performance matches that of cash. 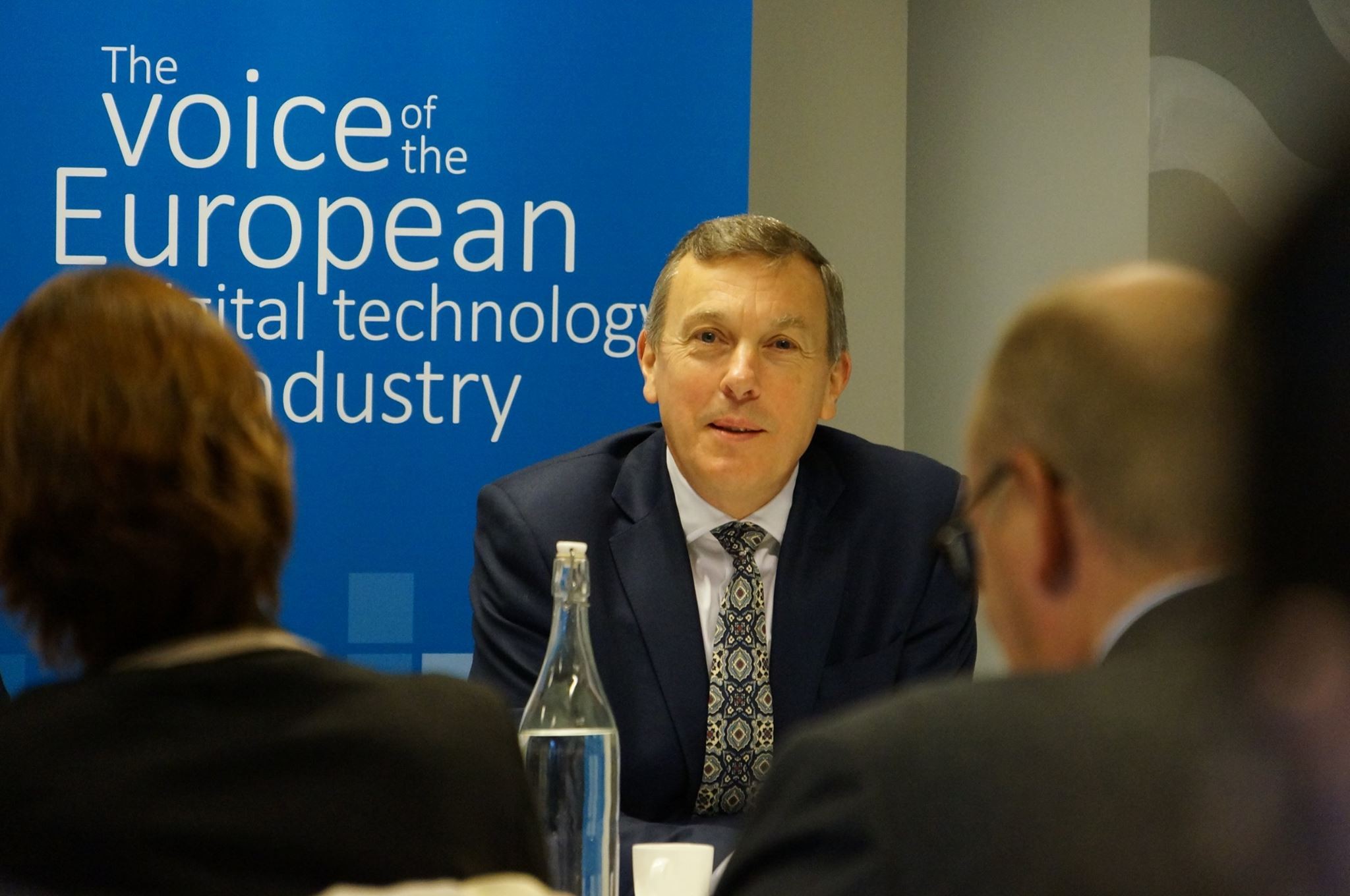 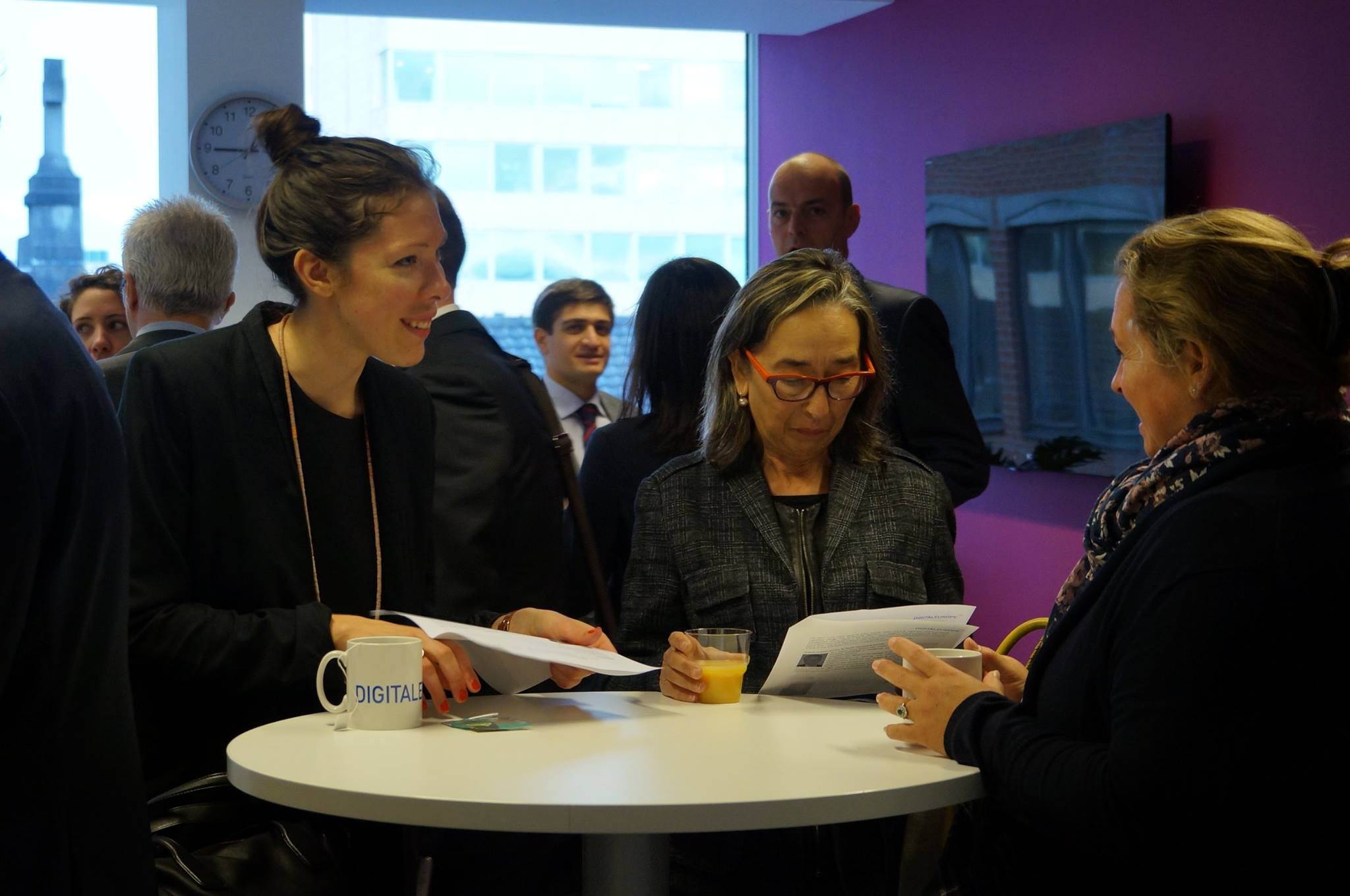 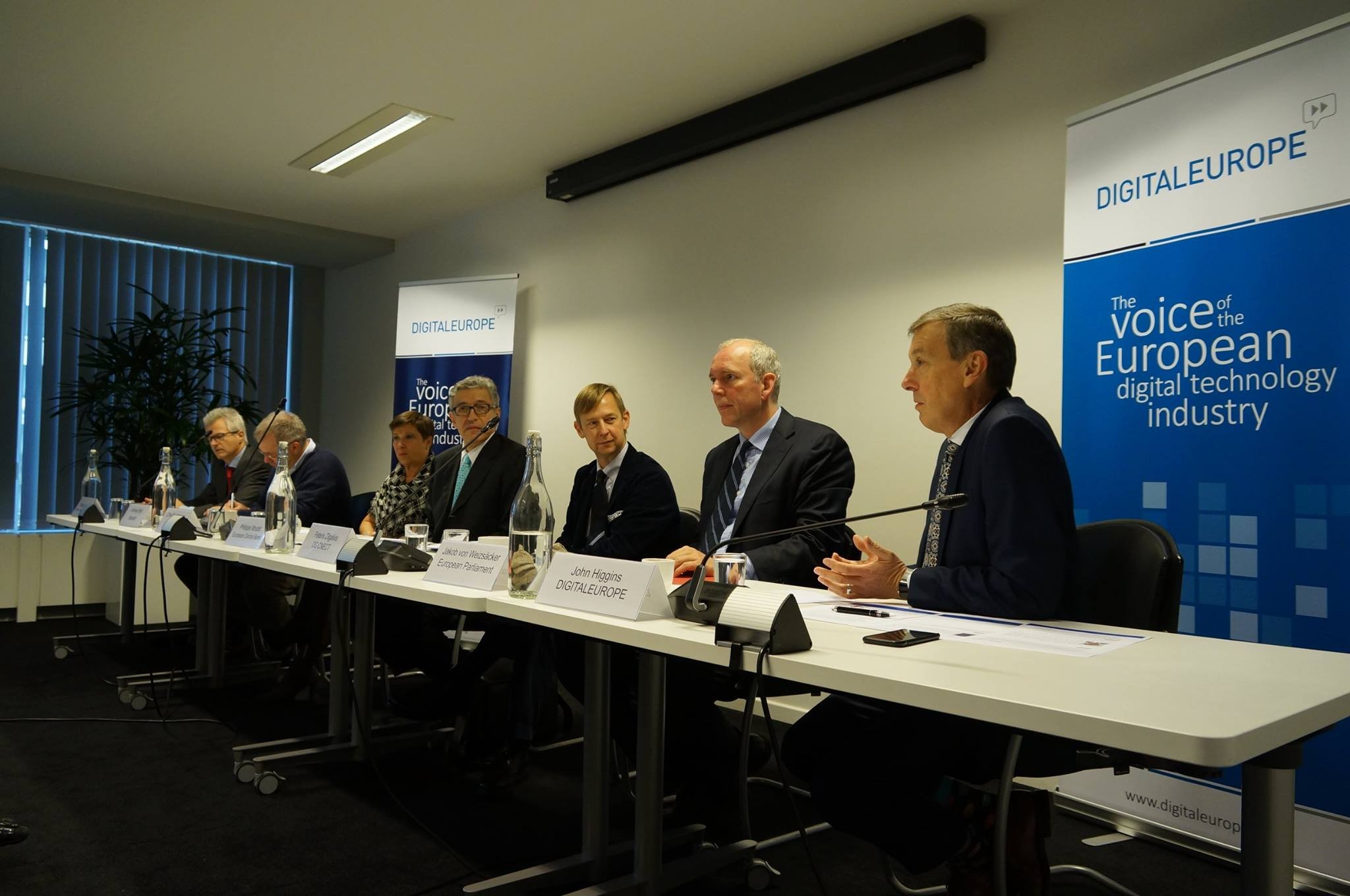 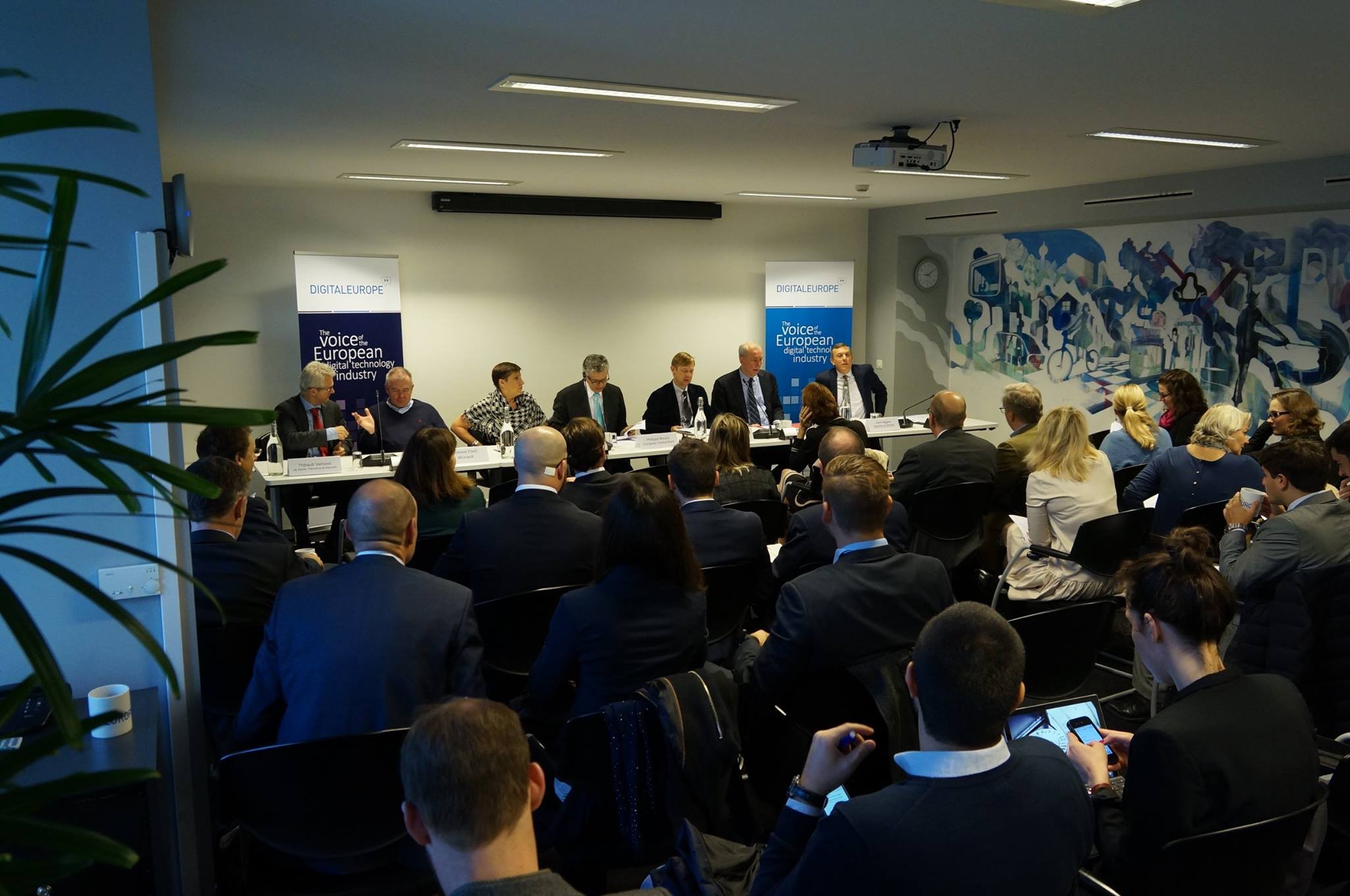 To regulate or not to regulate, that is the question

Not everybody is happy with ‘the mother of all disruptions’. More often than not, the above-described uncertainty will read as an invitation to experiment. Indeed some key players decided to’ walk the talk’ out of a concern that the talk – which has reached fever pitch – might get out of hand.

The private sector took the lead. A bank has developed a Blockchain-enabled system which aims to make life easier on export-oriented SMEs. Technology is delivering as planned but the service has hit the wall of obsolete regulation. This is a case of regulatory hands-off policy backfiring at a time when current regulations are in urgent need of adjustment, by way of a single digital supervisory approval process across a range of activities via the Single Supervisory Mechanism (SSM) and/ or EBA in this particular instance. Other examples show market fragmentation created by national clouds hampering DLT’s seamless cross-border operations.

Where no wall is hit, experimentation may generate real business as exemplified by the growing offering of Blockchain as a Service. However, complex this technology might look in the layman’s eye a number of Trusted Data Platforms already propose a choice of smart contract-style services in a variety of fields.

Regulators are not sitting on their hands either. France came out as the improbable front-runner by carving out legal space for toying with Blockchain in the bond market since April 2016.
Sandboxes to the rescue!

Regulatory sandboxes are not deregulation, only a limited regulatory relief that makes room for legal experiments with adjusted, new or no regulation. In turn, successful experiments pave the way for rescinding or adjusting prevalent regulation, designing new ones or making an informed decision that no regulation is warranted.

However effective to assess the proper level of regulation needed, these uncoordinated moves couldn’t but raise a concern that they might put a harmonized European strategy towards Blockchain in jeopardy. As if the rift that runs between mission-critical software – which calls for extra-caution – and regular software, much more robust, was not enough to inspire piecemeal approaches, geographical fragmentation is the last thing business needs to be competitive in Europe.
A reasoned, incremental approach to regulation

This window of opportunity for risk-free experiment won’t last forever. Therefore the Commission decided, together with the Parliament, to cut a reasonable path between jumping in too early with a heavy and likely misguided hand and settling for an all-out hands-off policy until things clear up, which could take some time. A taskforce is being designed to monitor developments across the board tightly. This is no ordinary multi-stakeholder group: it will draw on the experience of a gathering of world-class experts that is being assembled. A conference to be held at the Parliament in early 2017 will kick off their works aimed to address top challenges such as e-ID, e-government, DRM, governance, etc. The point is to leave no stone unturned as regards the opportunities afforded by Blockchain, to learn from regulatory sandboxes and possibly to encourage more of them. Only then will appropriate decision be possible on proper levels of regulation and/or harmonization.

One of the issues to sort out is whether the technology as such warrants regulation or rather the various applications and innovative behaviors elicited. In this respect, although it predates Blockchain, the French regulatory framework for betting and gambling is worth consideration: all transactions are recorded in e-safes accessible only to the regulator, Arjel, and only in case of trouble. Sadly though, this longstanding experiment won’t tell how Blockchain has to deal with competition law.

10:00 - 11:00 CEST
ONLINE
Digital in Practice Programme
Security in the digital age: how can the public and private sectors combine to drive innovation?
Read more

09:00 - 11:00 CET
ONLINE (invitation only)
DIGITALEUROPE EVENT
Roundtable: Trade Policy Review
Read more
Hit enter to search or ESC to close
This website uses cookies
We use cookies and similar techonologies to adjust your preferences, analyze traffic and measure the effectiveness of campaigns. You consent to the use of our cookies by continuing to browse this website.
Decline